by Splurdge
This is an old level I made back in 2013 for a cancelled project. It's short and a bit rough around the edges but I still think it's okay-ish.
The level was first originally uploaded back in the old nsmbx forum. (I think someone actually recorded their play through of my level but I forgot who it was.)
Screens:
Spoiler: show 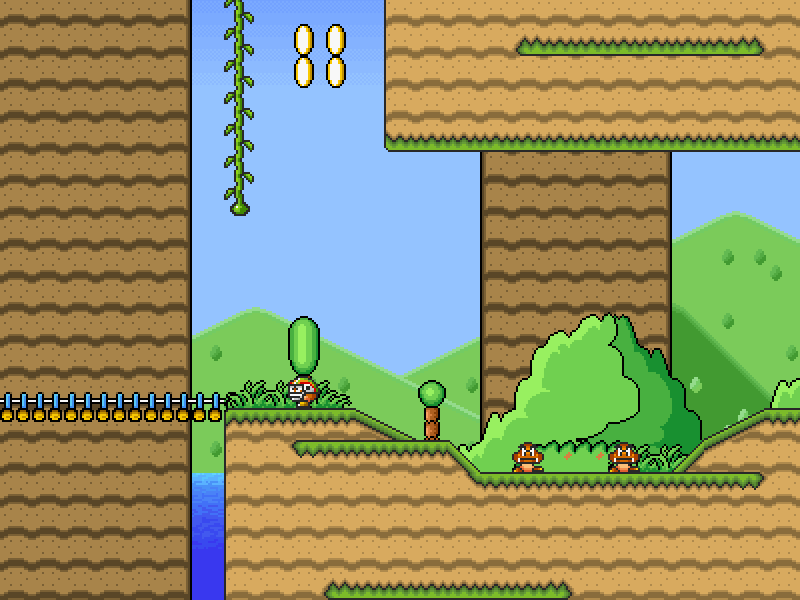 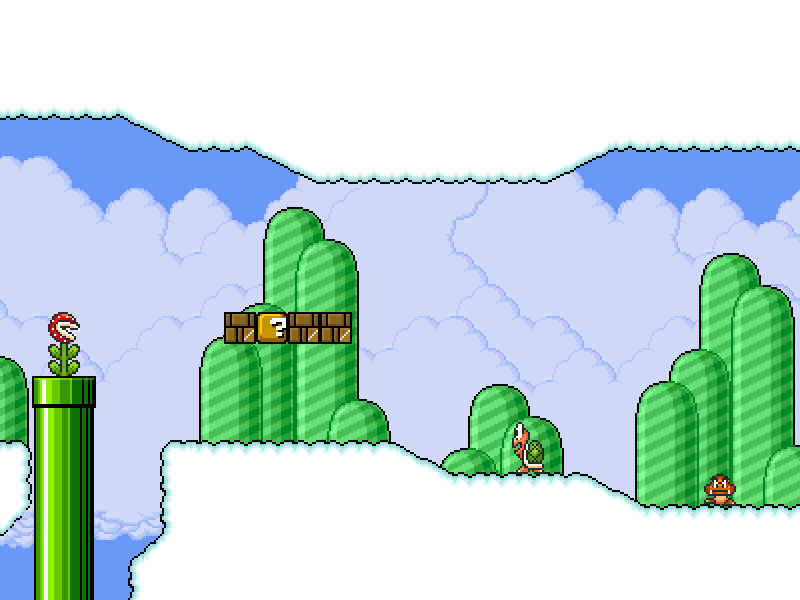 Download Link:
http://www.mediafire.com/download/ts4zy ... ted%29.zip
(BTW I forgot what graphics I originally used for this level so I don't know who to give credit to for the gfx. If you see your gfx in the level pm me and I'll mark it in the credits,)

Re: Kick Back Coastline

by Yogi_Bear
Not bad. This level does just about everything a 1-1 should do, though the mid-boss felt a bit weird. Not bad, but weird. There are a couple design issues though, one is in the first section, it is possible to jump up above the top of the level through the waterfalls and get stuck. The other is in the 2nd section where you can glitch through the wall by facing right while standing on the conveyor belt (which felt out of place) and jumping.

Npc placement was good in my opinion. I never felt overwhelmed (its 1-1, so it shouldnt be kaizo just yet) the death animation (fireball/tailspin) for the goomba was different than the standard SMB3 goomba you had though.

EDIT: I would also like to point out that it is possible avoid backtracking for the springboard if you fly using the leaf provided. Im not sure if that was intentional, as the ground is uneven and flight is difficult, but it is a nice option for those who hate backtracking, and you have to get to that point without getting hit to be able to do it, which is a nice tradeoff in my opinion, especially since this is only 1-1.

Re: Kick Back Coastline

Overall, this was a very nice level. The graphical choices you used convey the coastline atmosphere very nicely, and the vines provide a nice touch, even though at some parts they were overused and it clutters up the atmosphere. That aside, the level's gameplay and design is actually really good for a 1-1 level. Even though it has no fancy gimmicks, it offers a lot for the player, such as hitting a switch to unblock a pipe, and killing a Switch Goomba to unlock a springboard which can then be used. The difficulty is manageable as well for its placement, and the narrative idea was something good to add, but in this level it was pretty comical, and that was a delight to see. I felt the sky portion was a nice touch as well but it was underused considerably compared to the overworld segments (and not to mention rather short), and it was pretty bland as well in comparison. The midboss Boom Boom fight was also an interesting idea but it feels rather out of place because the player isn't expecting it considering this is a 1-1 level, and while it sets the scene to hype up another battle, it doesn't happen. The fourth section, though, while nice to look at, has the most problems. First of all, the checkpoint is broken as the player restarts in the wall rather than on the ground, and the Switch Goomba gimmick mentioned before is an interesting idea, but if the player throws the springboard into the pit, they've lost the level and have to commit suicide. But overall, this is actually a very nice level that I enjoyed playing, and I would recommend others to play this sometime!