by WerewolfGD
Mix World 2 on NSMBX
NOTE : A lot of people asked me via PM : "Where is Mix World 1", Nah here is my answer : Just find it on the episodes, I don't recommend you to play it because it was sucks (too much clashes, cut-offs, weirdness, and non-understandable language.)

font my BMatSantos, Made by me

Welcome to the continuation of MxW1! where the levels is more crazy and more mix mode! 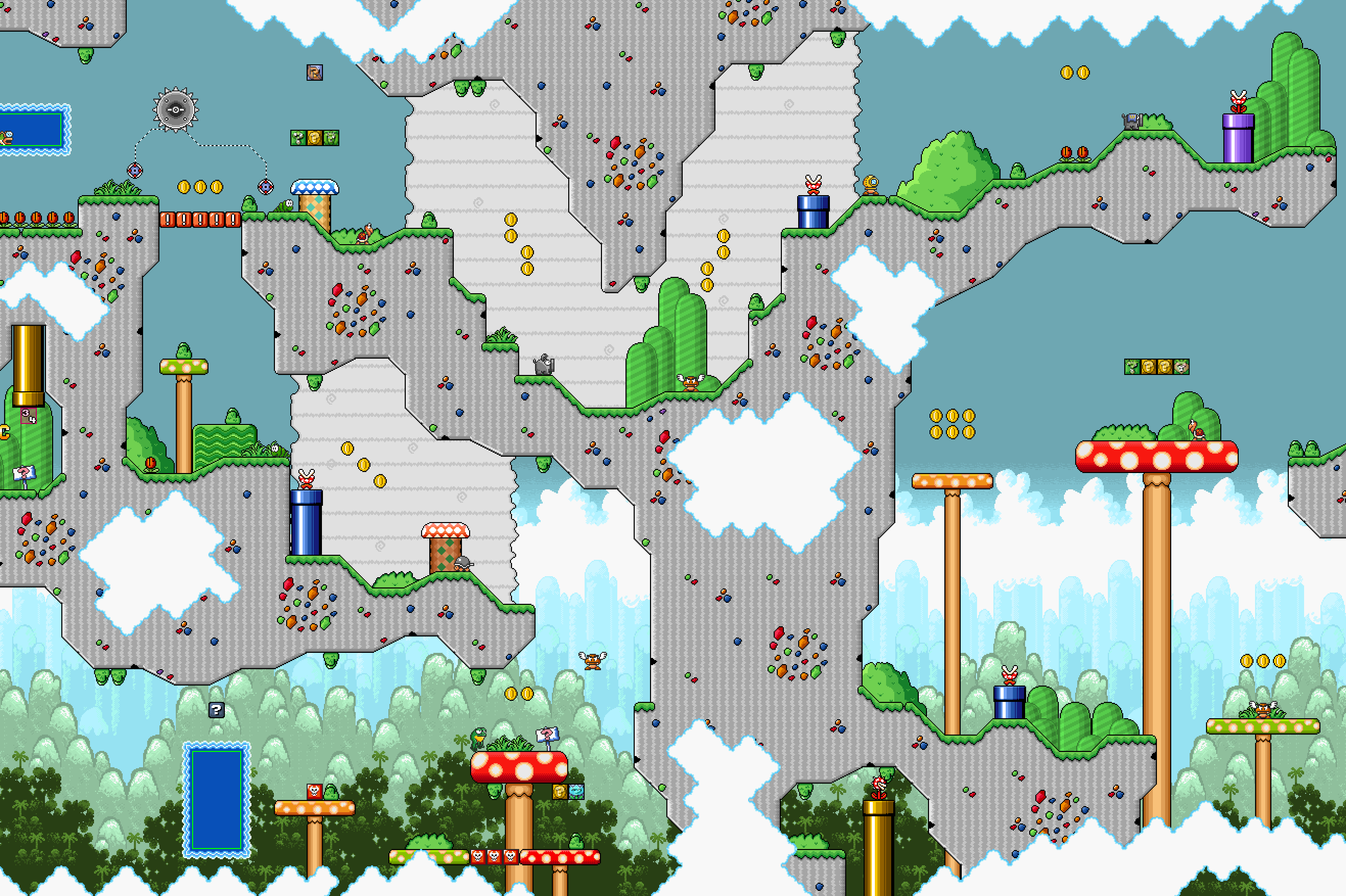 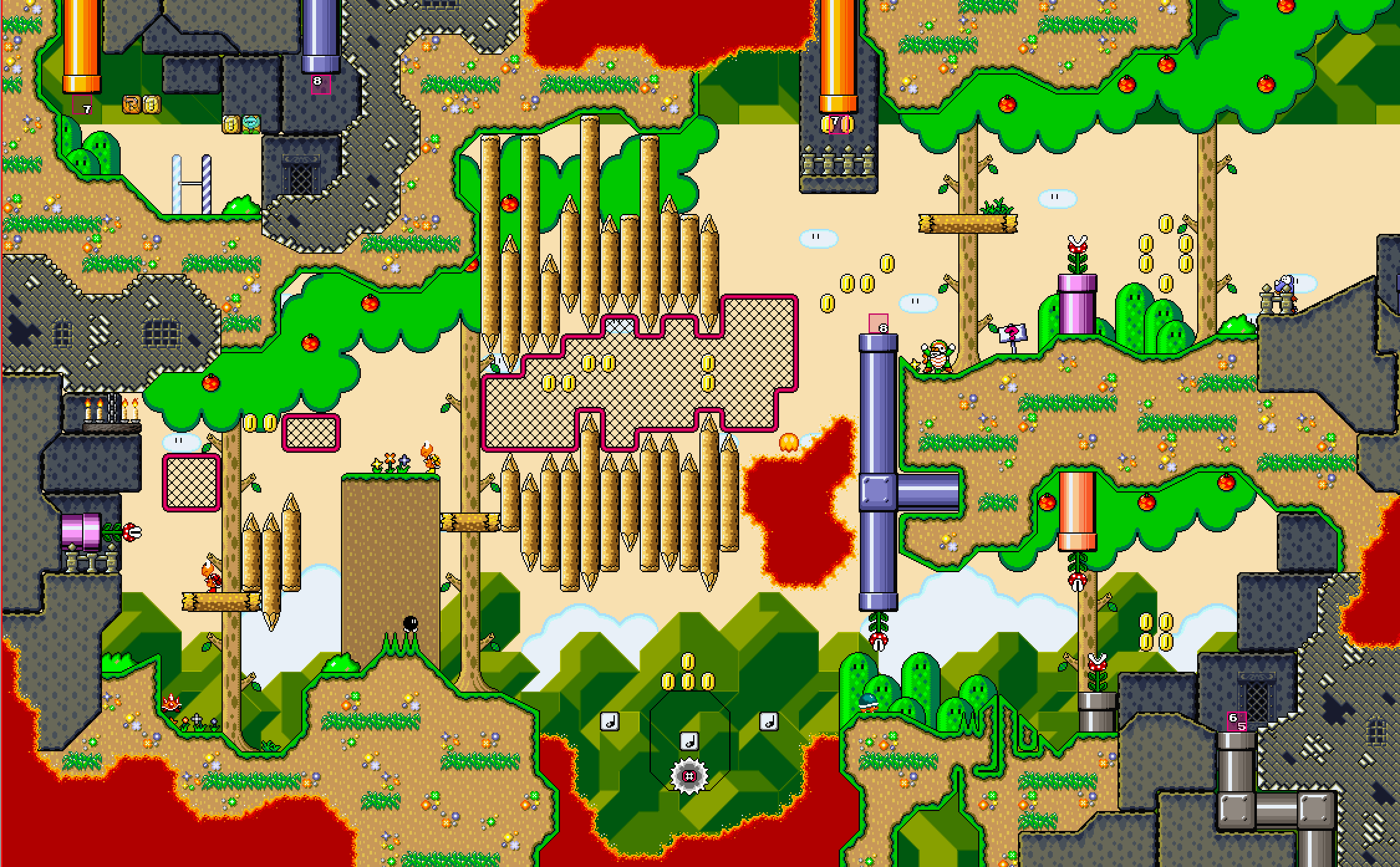 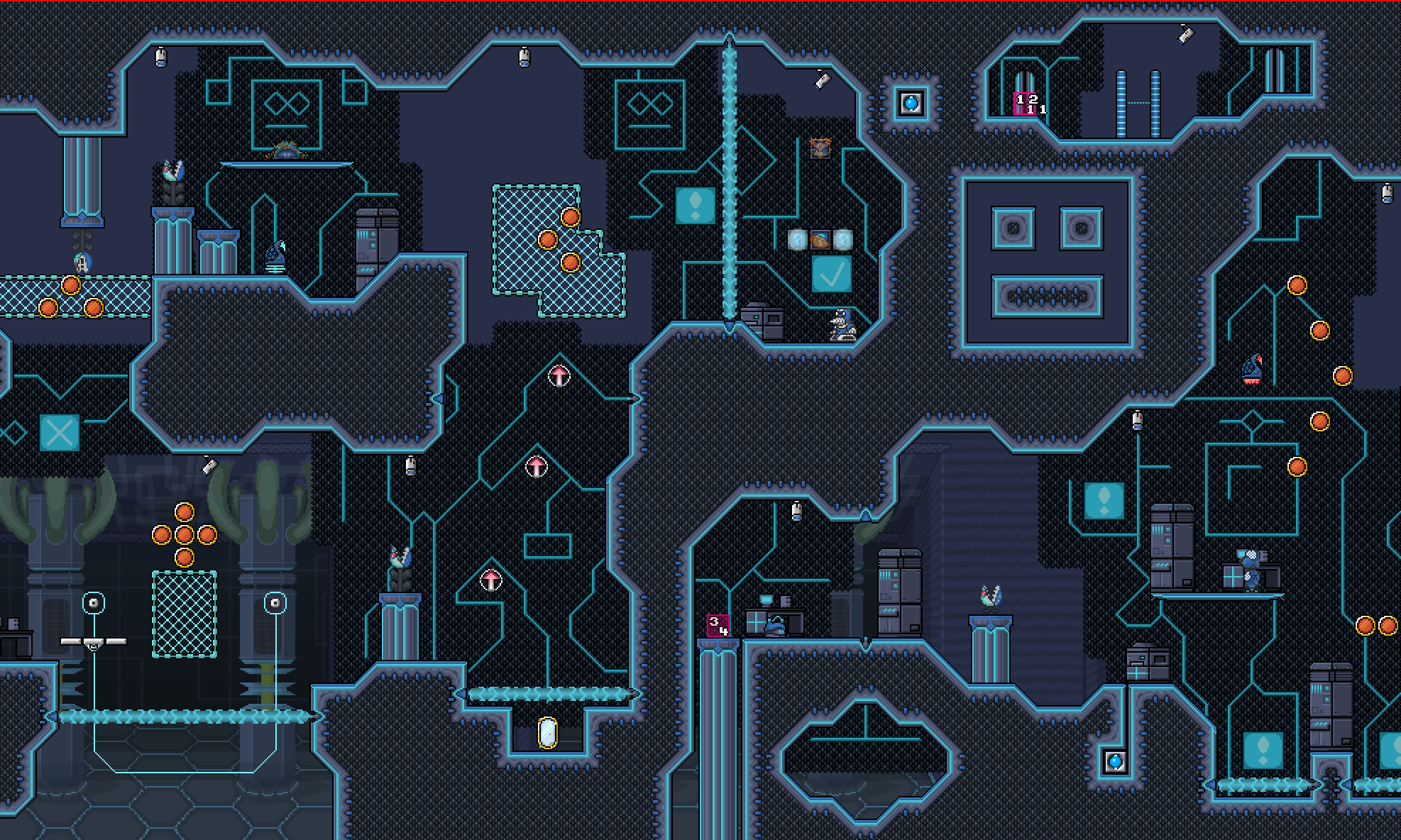 full image
Here are some level videos.
Spoiler: show
(Subcon Masquerade) ( thanks for crusher169 for the video!)

Cotton Sky Collosus (version 1) (thanks for bossedit8 for the video!)

Colorless Bramble Swampy (thanks for MECHDRAGON777 for the Video)

Great Cracky Crushdown (Thanks 8flight for this!)

Boiler Blizzard Peaks (Thanks Cedrik for this!)
*Cedrik told me that he deleted this video*
Cotton Sky Collosus 2 : Wintry Hybrid Collosus

I PRESENT TO YOU ANOTHER DEMON LEVEL, DARKYJUNGLE NERVE IMPULSES!! (Special thanks to as303298 to this!)

by RubberParasite
Looks good!
100 levels is a lot for an episode, and i like the level design!
Even though those black letters are a bit ugly... try using some letters from the graphics pack you can find around the forum.
The Ultimate GFX Pack should have them. it has everything!

by Sewpah
Dude! You stole my idea! You're gonna hear from my lawyer!

This project looks very interesting. I like how not only you mix general themes (grass, water, cave, ice, etc.), but you also had a different color for each level! I'll look forward for the first demo to see how it goes. I love it!

by WerewolfGD
I'll make my first demo in this project if I have made 50 levels.

by Rux Ton
I lovelovelove that red level, and the tetris one is a really cool idea. ANd that ice one unf. Ths is going to be one seriously diverse pack. I'll be watching for updates

I want to give this a play. A lot of this inspires me to create some music.

by Jackoy123
Can i be a beta tester, pleaseeee

yes you can!
anyway, info :
<spoiler was deleted>

by Erik
This looks awsome, can I be a beta tester??

Ludwig von Koopa wrote:This looks awsome, can I be a beta tester??

ok.. you're in! sorry for late reply
NEW SCREENSHOTS!

by Erik
Those screens look beutiful

, this is going to be a really good episode as far as I can see

by Infobox
I'm looking forward to the full project on the edge of my seat, and I'm gonna go play the demo now.

by Gameinsky
The levels look really cool but some of the palette choices are just horrid.
Still, you've caught my attention

witchking666 wrote:Your levels Are awesome
You should put an epilepsy warning in the discription seriously this is COLOURFUL i do like it though (the ones without clash)

, this is going to be a really good episode as far as I can see

Infobox wrote:I'm looking forward to the full project on the edge of my seat, and I'm gonna go play the demo now.

Gameinsky wrote:The levels look really cool but some of the palette choices are just horrid.
Still, you've caught my attention

Thanks for your comment, guys! about horrible color, I can't fix that. I predicted that MxW2 will done in july or august (maybe, don't too trust!)
i'll add some screenshots later.

by The Thwomp King
This looks awesome so far! I like what I see.
That's quite a huge staff too, I still need people for my episode XP

by glitch4
These screens look very cool and decent.

by WerewolfGD
Please vote :
I want to know what should be fixed in this project. Someone please poll it so I can fix these problem and improve it.