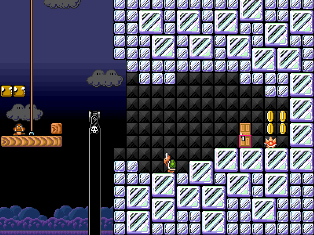 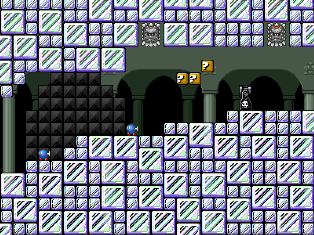 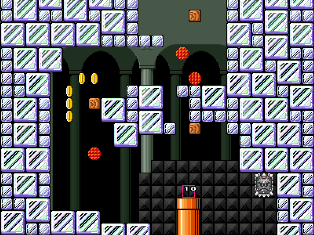 by Ness-Wednesday
You know, this one looks kind of interesting, I like the idea for the ice castle.
I find it unfair that Wraith gave this a 0 over the boss' language.

by h2643
If I'd judge this level I'd give it a 6 at least. Seriously it's very well designed and keeps things interesting. The whole level is a throwback to the actual SMB3 as well, as I remember seeing one fortress level that was built only of ice.

by Witchking666
When did the SLVC contest get hosted anyway?

by Mable
He mistyped in the title.

by Snessy the duck
Here's my thoughts on this level:

Overall, this was an amazingly designed stage! It reminded me a lot of one of SMA4's World E levels, which had a similar concept to your level! As for the level itself, it's great, and it really felt like I was playing a classic SMB3 castle level! The level desing was awesome, presenting many fun ideas such as the ice blocks and the fairy powerup, as well as feeling right at home with the SMB3/SMW castle levels! The level was also really pretty, with lots of cool looking ice patterns, but there were some minor clashing, such as with the checkpoint, and in the bonus room, but that was understandable as this was a vanilla level. The boss was also pretty good, but I do think that the dialouge is kinda weird, especially for a classic stage! Overall, this level was great! It presented alot of fun ideas, and used them very well! I definetly recommend you give this level a go!
All times are UTC-04:00
Page 1 of 1
Powered by phpBB® Forum Software © phpBB Limited
https://www.phpbb.com/