by zioy
Hey everyone, KoolKat here. I finally completed my newest level, Frosted Mountains. It's not an ice/snow level, rather a SMW-styled grassland colored blue. I tried to keep the custom graphics to a minimum, so everything here is a recolor - no custom masks required. The level has a fairly obvious secret exit (the video shows it). If you want to find it yourself, don't watch the video, merely look at the screenshots. By the way, I'm working on a much harder level - be prepared! 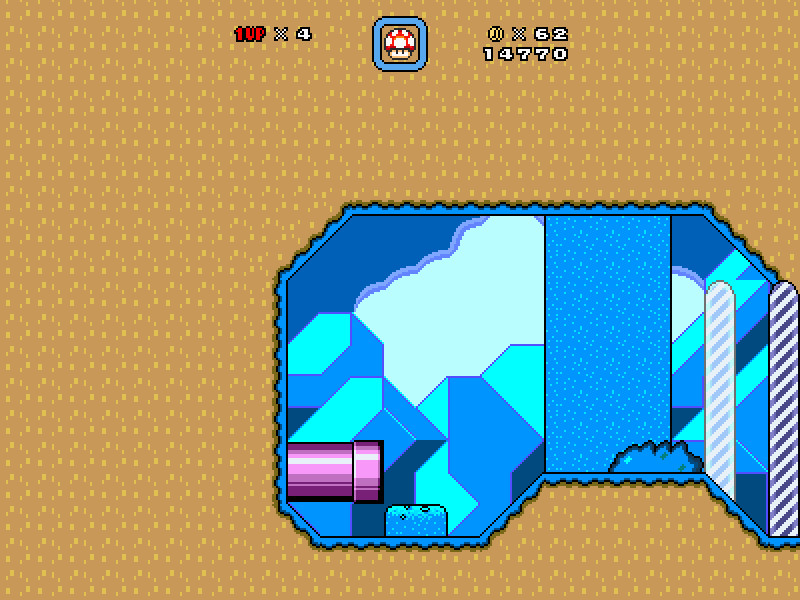 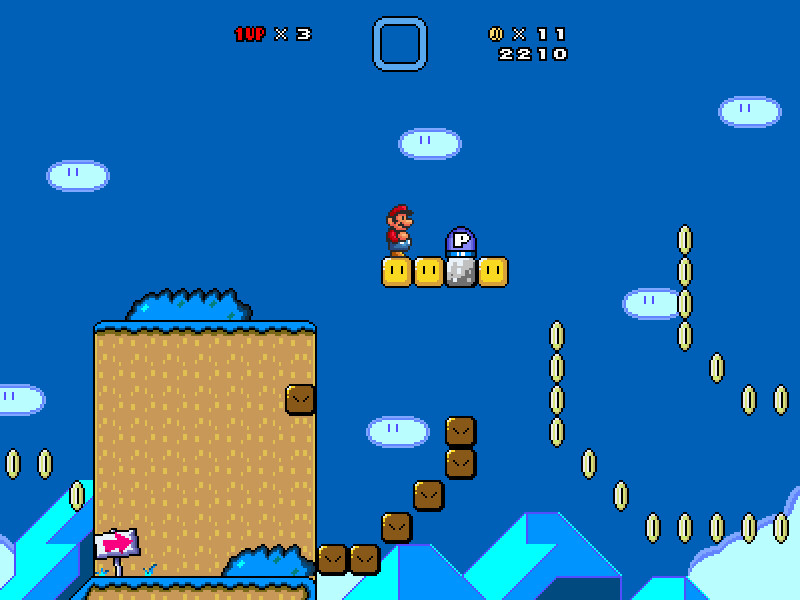 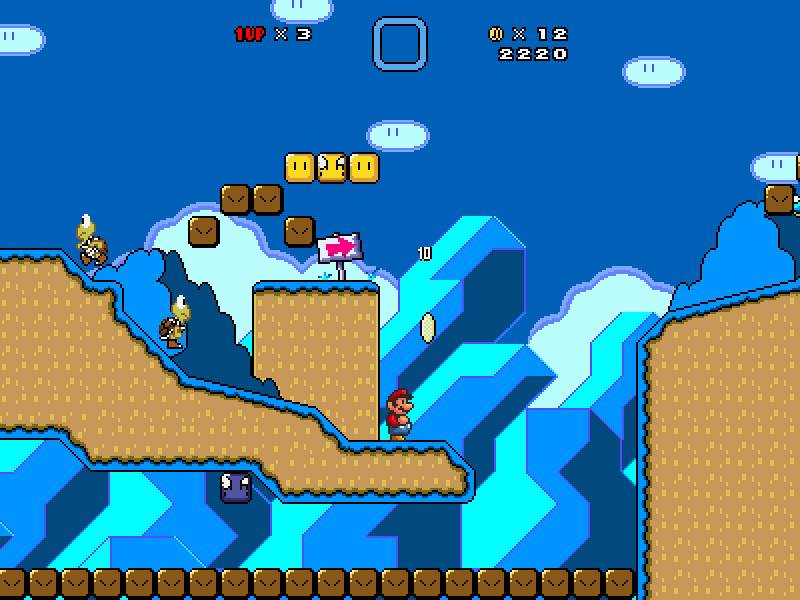 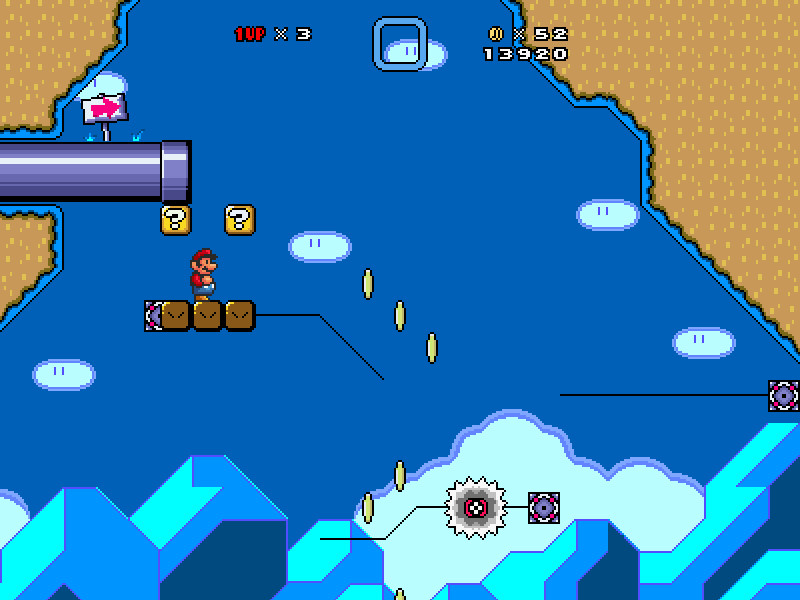 by MrPunchia
I honestly think that the tileset is more for a blueberry based level.

Lunasa wrote:I honestly think that the tileset is more for a blueberry based level.

He never said it wasn't a blueberry based level. In fact, "frosted" could refer to frosting, AKA icing.

Anyways, the level looks neat. Though I wouldn't put that blue cave sizable there, it doesn't look quite right. I'm on the verge of saying it clashes.

by 34C
I think this level is boring, its just generic SMW level with recolored tileset and enemies. Also it's too short. I just got to say that the name should include blueberry somewhere: the goombas look like blueberries and even the ball shaped tiles which have spinies on them brought blueberries in my mind.

by auto2112
Honestly, you should say if it's ice or not. Either way, it is creative. Good job.

auto2112 wrote:Honestly, you should say if it's ice or not.

KoolKat wrote:It's not an ice/snow level

Well he did say it's not an ice level so hm.

by TLtimelord
This was an interesting way to use "Frosted."

Visual Appeal
Nothing looked necessarily bad in this level. In fact, the NPCs' recoloring in this level is for the most part not that bad! I will say that the Spike Top and the fence BGOs, which are both a dark-ish red, don't fit in well at all with the general deep blue palette used in this level. The background also does look pretty good.
6/10

Design
Some parts of this level are pretty good, but others fall short of decent, such as the P-Switch part, the Spike Top and unkillable jumping koopas part. Since this is also a short level, I would probably remove the midway point. If you'd insist on keeping it, I'd move it a little bit closer towards the end of the section, probably right before the Spike Tops. I thought the P-Switch part was a nice addition to the SMW styled level, but I would have either made the P-Switch run a little longer partially to make reaching the Blue Switch successfully a lot harder and because you can't grab the coins in direct way of the question blocks (the reason I'm penalizing that part is because it doesn't look intentional). I did think the grinder part was a smart-ish way to use them if they actually posed a threat. NPC placement also could have been a little bit less in waves and more spread out equally. I would also suggest putting in a lot more room in the main exit section.
5/10

Gameplay
This was kind of a forgetful level. Although the graphics are nice, it doesn't really flow too well as a level. The blocked jumping piranha plants & spike top area looks incredibly messy as does the p-switch tunnel and that reflected on how much I enjoyed it. I was at least able to move around, as it wasn't cramped or anything.
4/10

Music
Nothing exactly special about the SMW overworld music, and it doesn't really fit well with this level either. I would have much preferred the SMW sky music, as I even switched from the overworld to sky music in the first section and I thought it fit significantly better. If you ever plan on changing around this level, I would suggest changing the music to be more fitting.
3/10

It wasn't a bad level, but it was forgettable.
4/10
Moved to Average
All times are UTC-04:00
Page 1 of 1
Powered by phpBB® Forum Software © phpBB Limited
https://www.phpbb.com/