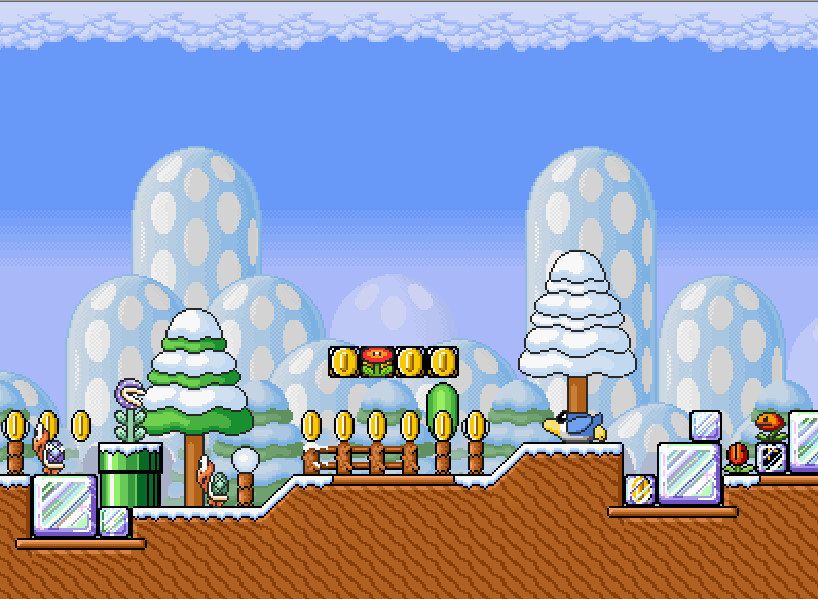 This level is kind of hard and short because it is the first level of the sixth world of my project: SMB: Archipelago of Bowser!

Re: Frosted Snowlands (Archipelago of Bowser)

by Aero
Another good level for your project. You're still doing great with mixing up the tile sets in your level (as shown in your screenshot) and you paid very close attention to detail as I've seen in other levels you made. The design is great too, and it makes it easier if you take your time in some areas rather than just running to the right. I can't find much that's wrong with the level, good work!

Re: Frosted Snowlands (Archipelago of Bowser)